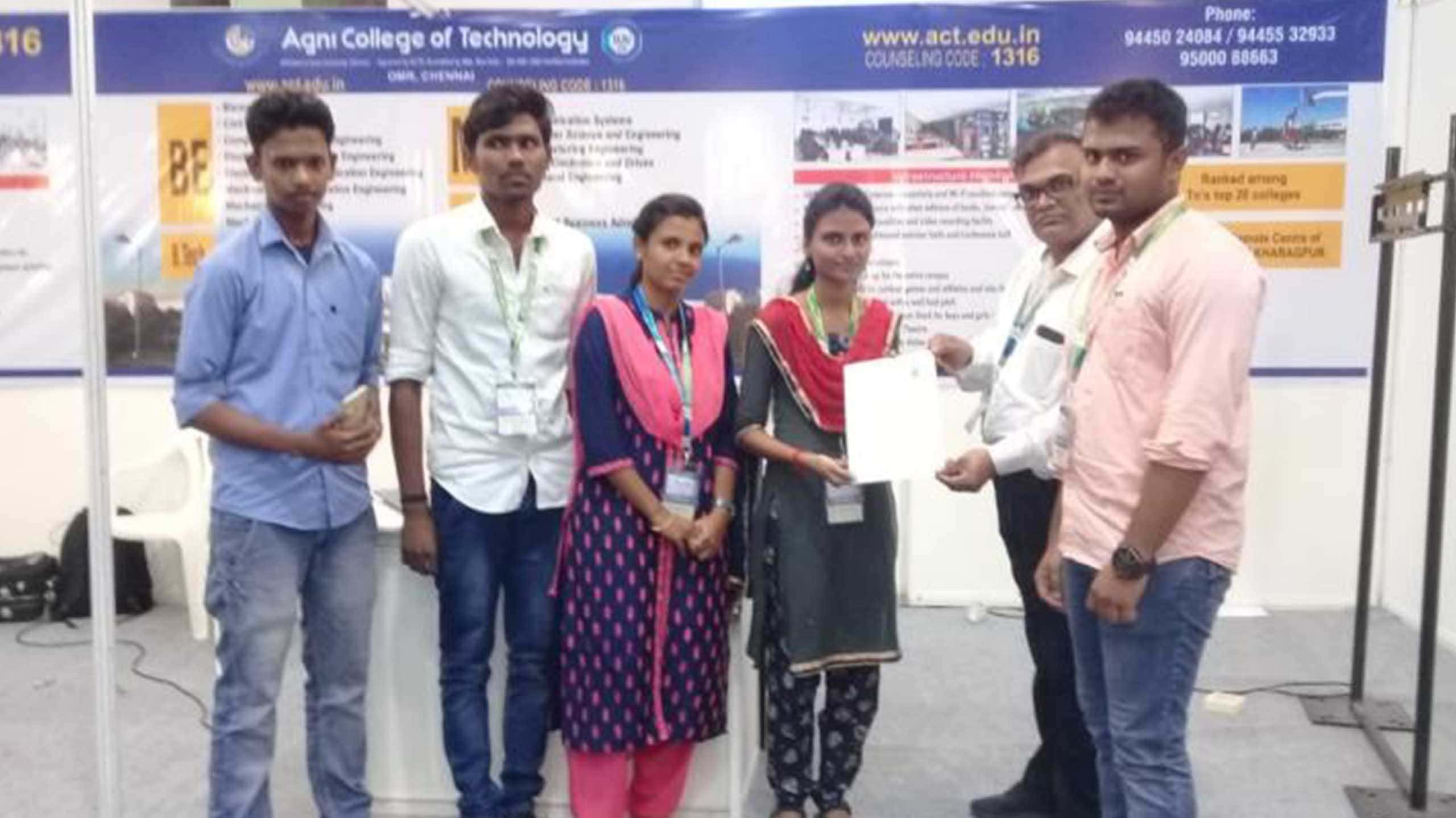 Description of the project

With Agriculture being one of the primary occupations in India, the lack of clear advancements has been a huge challenge for several years. Automation being a part of almost all the other industries, it was about time to develop and expand it to agriculture. Our students developed a path-breaking method that could revolutionize the way agriculture now works.

In a bid to fully automate agriculture, they developed an automated bot that can fully handle all the work on the field based on how the user wants. It combines pre-fed data from various global sources regarding various methods of agriculture and various crop patterns, thus enabling automation of work and also efficient usages of resources to maximise yield.

Scope of the Project

The obvious aim of the project is to establish a product that is capable of being the foundation of any agricultural field. An IPR request is also planned. As advancements to this project, integrate with soil nutrition testing is a possibility being observed. The application of this using drones and implementing additional features is also being planned.